The Daavlin Company opened its doors in October of 1981. The name Daavlin is derived from the names of the husband and wife team that founded the company, David and Linda Swanson. David, a graduate of the Thunderbird School of Global Management in Phoenix, Arizona was a former executive of Elder Pharmaceuticals, a maker of psoralen photosensitizing drugs used for the treatment of psoriasis and other skin disorders. At Elder, he was responsible for the international sales of the company as well as a line of phototherapeutic medical devices that had been developed in anticipation of PUVA approval. PUVA, the use of psoralen in conjunction with artificial sources of ultraviolet light in the A range (UVA), was a significant advance in the treatment of psoriasis and was a seminal event in the science of modern photomedicine.

In late 1982, the company completed development of its own full-body phototherapy cabinet and a hand and foot treatment device. A small assembly shop was established in Bryan, Ohio, and Daavlin manufactured products were first introduced at the December 1982 meeting of the American Academy of Dermatology in New Orleans.

In March of 1986, Daavlin moved to a larger office/manufacturing facility and also introduced its first line of home phototherapy units. The company used the larger facility as a final assembly area to accommodate demand for its products while the older facility was used as a metal fabricating plant. For the first time, Daavlin completely manufactured its products from raw materials to finished goods. In June of 1988, a fire in an adjacent building spread to the Daavlin facility and the subsequent reconstruction led to an expansion which enabled the company to consolidate all of its operations in one building. However, this space was outgrown and another manufacturing facility was rented.

In March of 1999, as growth continued, more space was needed and ground was broken on a new office and manufacturing facility that continues today as the company’s headquarters. In early 2005 another building was added which doubled the company’s manufacturing space and in 2010 land adjacent to the current complex was purchased in anticipation of further expansion.

In late summer of 2010, its strong international connections led to the company winning the largest foreign government order for full-body phototherapy devices in the history of the industry. In the same year, the US Department of Commerce awarded Daavlin its Presidential E award for its significant contributions to the “export expansion programs of the United States.” The award was presented to the company by then Secretary of Commerce Gary Locke. A similar award was granted by the state of Ohio in 2001. Daavlin’s quality system is ISO13485 compliant and its products bear the European Union CE mark.

A History of Innovations

One of Daavlin’s earliest innovations was development of UVB integrating dosimetry, essentially an automated metering system that became a component of the device rather than an accessory. This system facilitated the industry’s move from a dosing system based on time to a more accurate system based on milliJoules. Integrating dosimeters automatically adjust the treatment time for variables that would otherwise affect the amount of dose given.

Another early development was a manufactured test kit that dermatologists use to determine a patient’s MED (Minimum Erythemal Dose) or sensitivity to ultraviolet light. Recently, this product was reconfigured as a disposable bandage like device and reintroduced as the Daavlin Dose Patch™.

In 2004, Daavlin introduced the DermaPal™, a small hand/held home treatment device that was lighter and easier to use than competitive units and that could be equipped with UVA, Narrow-Band UVB or Broad-Band UVB lamps. In 2010, the company upgraded the DermaPal with a new digital timer. The next year, Daavlin began selling the T-500X, a high intensity targeted phototherapy device that emitted both UVA and UVB. It was used to treat smaller, sometimes recalcitrant areas of the skin. Because the energy is focused on diseased skin only, doses can be delivered that are 4 to 8 times higher than those delivered with non-targeted devices. Also in 2005, the company introduced to the American market the German manufactured SL3000 and SL24000 UVA1 devices. Used in Europe for treating skin diseases such as atopic dermatitis, localized scleroderma, and psoriasis in HIV+ patients, this type of device had not been readily available in the United States. Expanding this line In 2007, Daavlin introduced the first vertically oriented full-body UVA1 device, the ML24000™, now manufactured at its plant in Bryan, Ohio. The company’s UVA1 devices emit high intensity levels of pure UVA1 (340nm to 400nm) using a proprietary system that filters out all UVB content.

In 2008, Daavlin licensed technology from Lerner Medical for the manufacture and marketing of a targeted UVB unit that included a patented, fiber-optic scalp treatment “brush”. Marketed under the brand name Lumera™, this device has been sold domestically and overseas and to research organizations that require a high intensity localized source of energy. A unique feature of the device is its fiber optic brush that reliably delivers ultraviolet energy to the skin beneath hair covered parts of the body.

The course of the phototherapy industry changed with the development of Narrow-Band UVB, a safer and more effective method of treating psoriasis and vitiligo. Developed and tested in Europe, the United States market was slow to adopt this new technology. As a result of its extensive overseas business, Daavlin saw first-hand how Narrow-Band UVB was supplanting current therapies abroad. It was the first company in the United States to adapt its devices to the new lamps and to develop a program to introduce and promote this new therapy. Two important studies done at Rockefeller University using Daavlin devices firmly established Narrow-Band UVB as effective and today it is the predominant type of phototherapy in the United States and the rest of the world.

One of the most important events in the history of the company was the development in the early 1990’s of the UV2001 control system. The UV2001 was the first phototherapy control system to incorporate a patient data base and the use of treatment records as a determinant for succeeding treatments. This not only made the delivery of treatments easier for the physician, but it made it impossible to carelessly administer an overdose of ultraviolet or the wrong kind of ultraviolet in the case of devices with more than one type of spectral output. The system embodied other features such as spoken commands in selectable languages, printable records, on-board note keeping and a host of safety features. Over the years the system was improved and its name was changed to Smart Touch™. It is now based on the Microsoft Windows 10 operating system and Daavlin continues to upgrade the functionality of the system. Devices equipped with Smart Touch can control multiple phototherapy devices of different types from a central location and can export treatment, diagnosis and procedure data into third party electronic health record and billing systems.

Daavlin’s future is bright. In keeping with our tradition of excellence, Daavlin continues to innovate solutions and technology to propel phototherapy forward and provide much-needed support for patients. Daavlin recently unveiled its newest innovation: an interactive 3D website experience that allows users to engage and interact with Daavlin’s most popular home and clinical devices from the convenience of a smartphone, tablet, or computer. 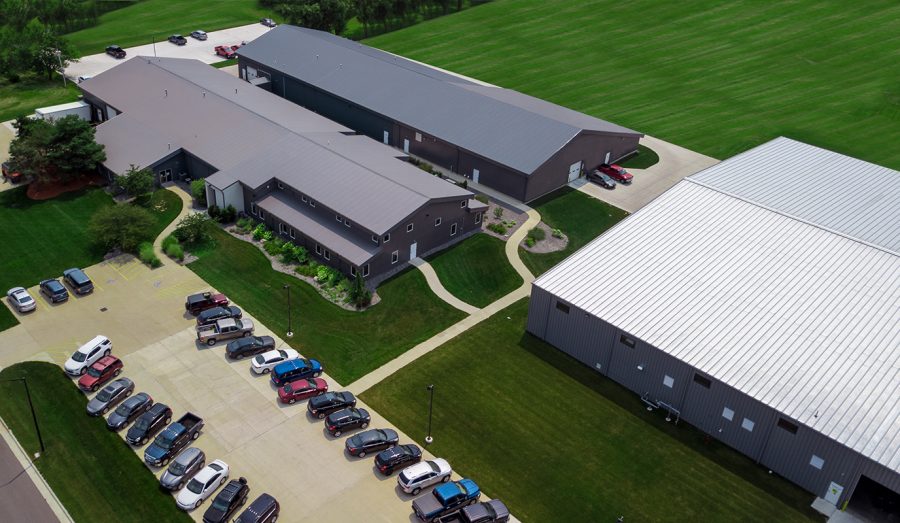 CALL 1-800-DAAVLIN OR
FILL OUT THE FORM BELOW